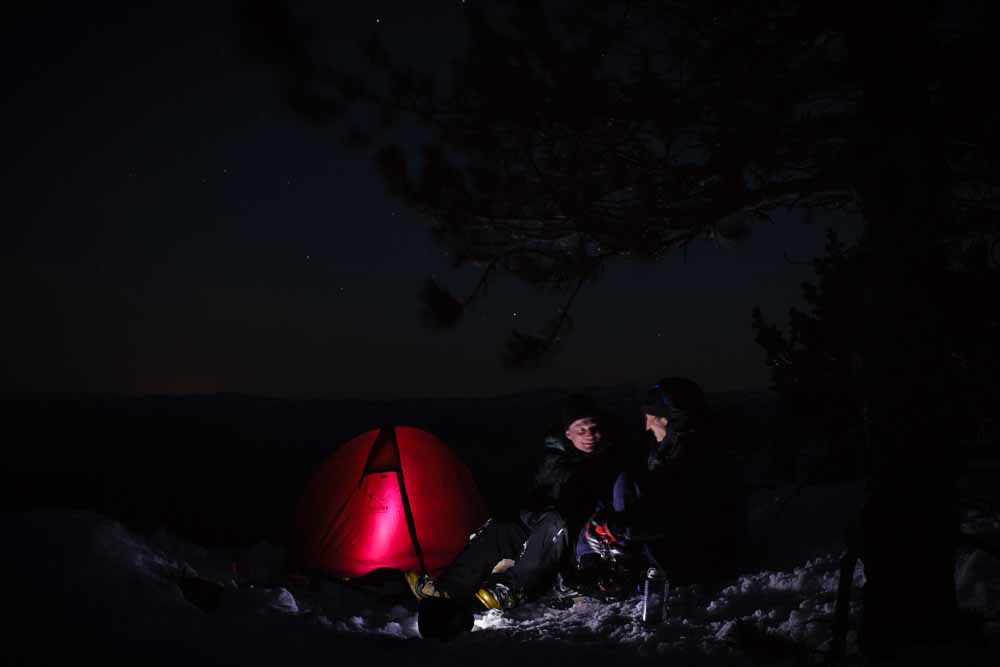 When winter arrives in La Rioja, there’s a whole mountain range waiting to be discovered! If you’re a telemark skier with skins and the right kit you can explore a range of slopes.

Our Zaldierna members don’t even bother to buy the annual Valdezcaray ski-lift pass – they don’t need to. Instead over recent seasons they’ve wandered extensively in “deep Demanda” – in effect their own secluded Telemark playground.

This winter’s abundant snowfalls mean there are rich pickings this spring for those looking for peace and silence. Among the places waiting to be explored are: Pico Otero (2045m), Cerro Galarcia (1927m) and Toro Cuervo (1933m).

Also just on the other side of San Lorenzo and the Valdezcaray resort are many beautiful slopes. So I set off with James Sturcke and his trusty Canon camera, for an overnight trip under the incredible starry skies. We loaded up everything we needed in backpacks and set off to enjoy ourselves.

From San Lorenzo we skied down the slopes from where River Calamantió, which later flows into Mansilla reservoir, originates. With heavy loads the descent was more of a challenge than usual but we arrived to our chosen spot to camp with stunning views to the north, east and south, from where we would later see distant La Rioja lit up at night.

Leaving our heavy packs we set out on a half-day excursion to Pico Salineros (2093m) descending down a picturesque gully and later diagonally ascending through a pine forest.

By nightfall we were back at camp, tired but restored by a good soup and dinner. As darkness fell there were incredible views of distant villages and towns illuminated at night and oh so many stars…

We returned the next day summiting San Lorenzo and enjoying the snow on its western slopes: Pala Bonita. It was one final sweaty ascent up the ridge to Colocobia (1969m) before returning home already promising to repeat the adventure. 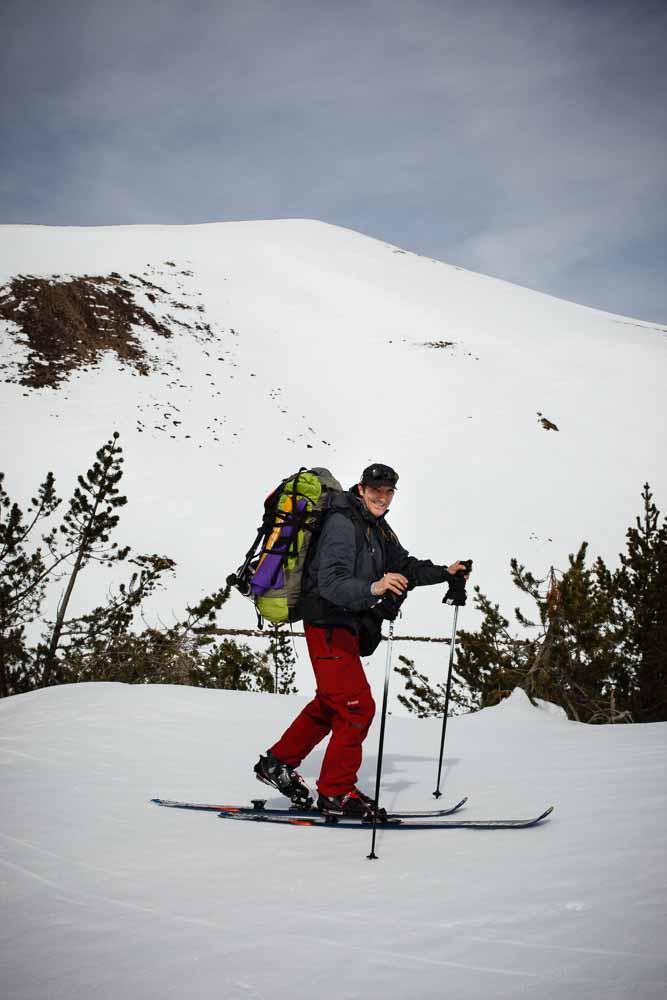 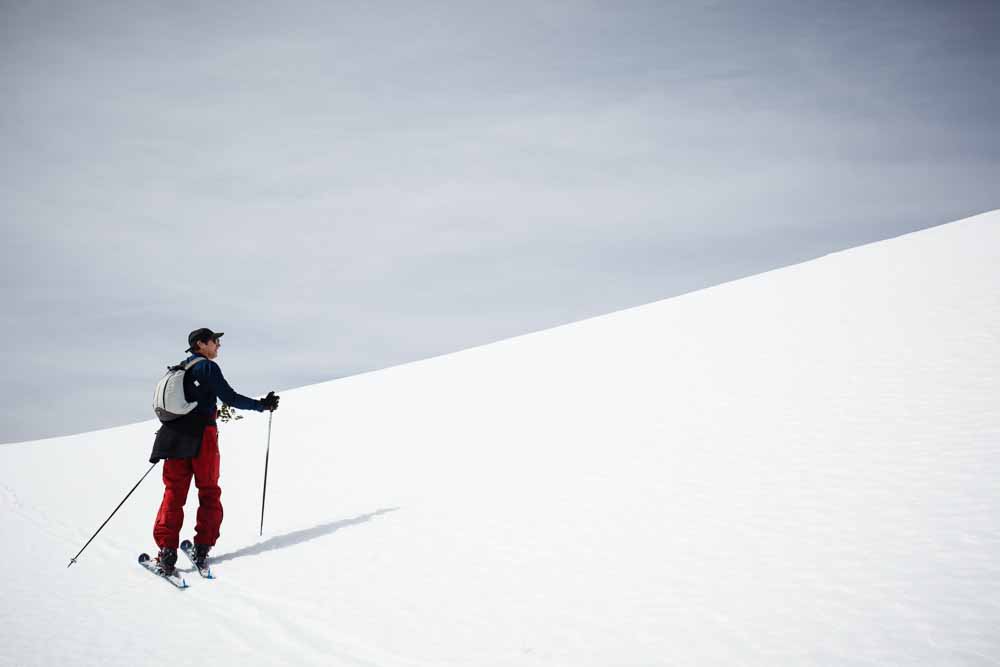 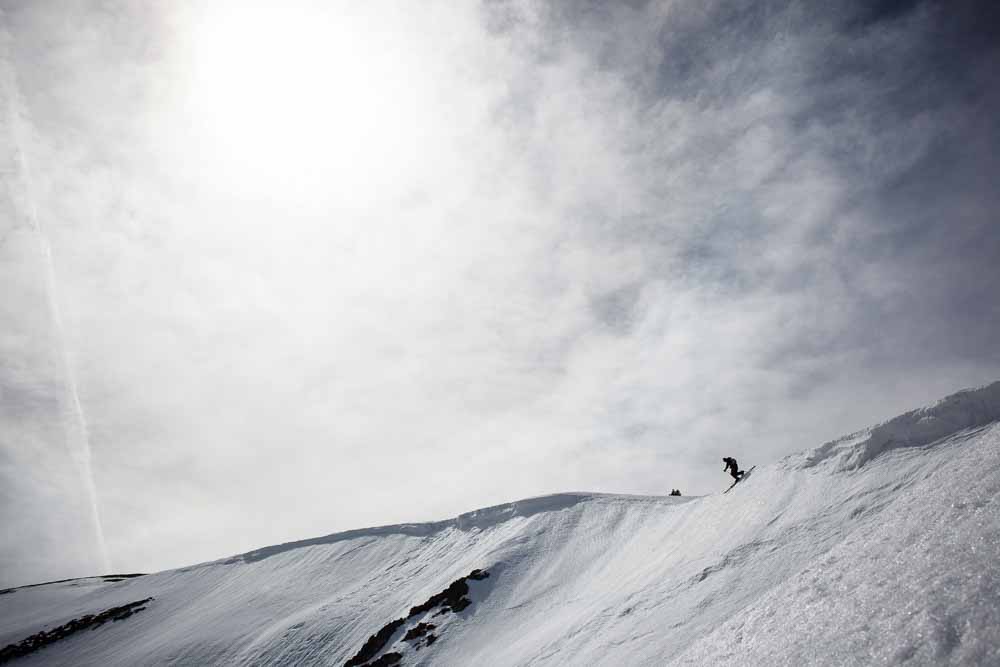 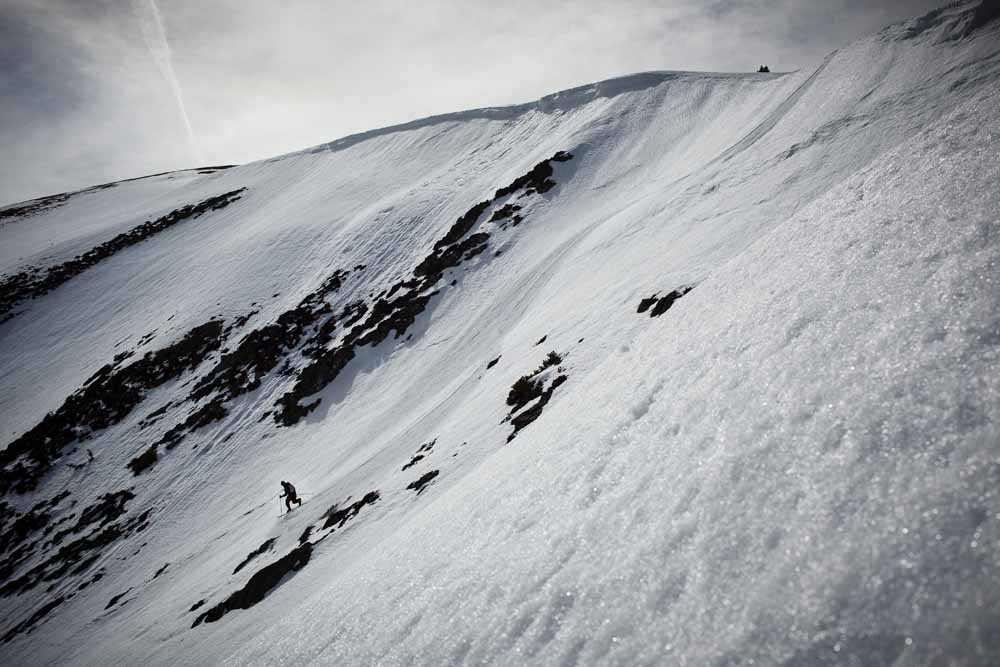 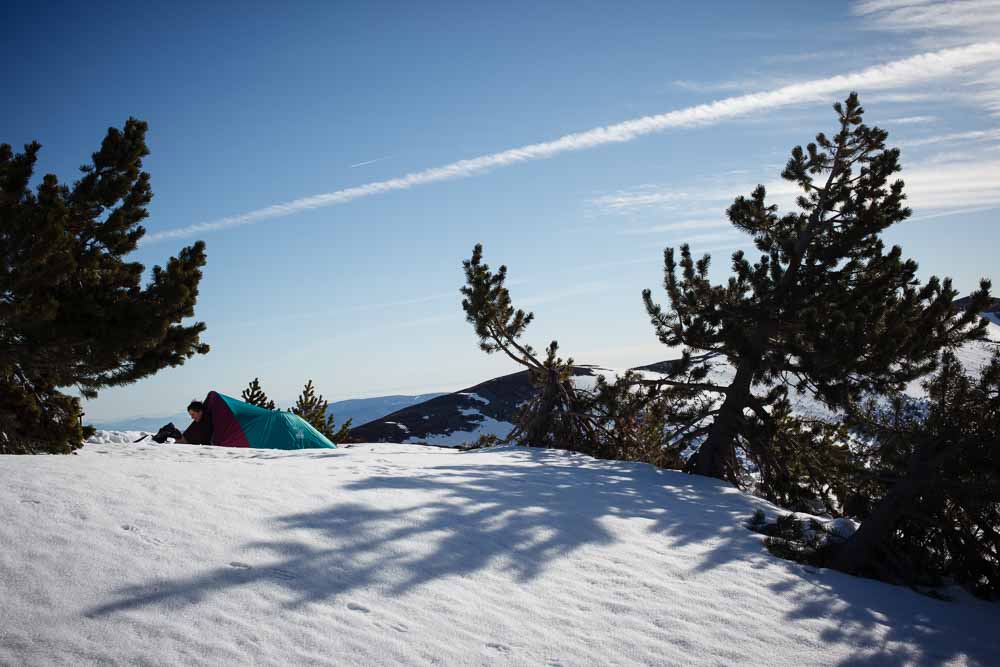